>If you have SUPER TOURING WORLD 2.0 or 2.01 already installed, delete the following folders and download the “GTR2 Super Touring V2.2 (Patch Version)” file:

>If you have any other versions of SUPER TOURING CARS or SUPER TOURING WORLD, or have not downloaded any previous version of the mod, delete the following folders and download “GTR2 Super Touring V2.2 (Full Version)”:

>After this, install to root GTR2 folder, and click yes to any files to be overwritten.

>File is large as it includes all files required such as shared files for future tracks and content – rather than having duplicates of the same file in each subsequent download.

>Physics fixed. Bugged physics from earlier on removed. Still may be the occasional glitch, but should be much better now. No crazy oversteer, better balance under braking, and more drive out of corners with less wheelspin from inside front wheel. Tyres still heat up rapidly but it doesn’t result in spinning out uncontrollably.

>Fixed UI bug with the included UI by Ducfreak where it wasn’t possible to scroll down or select series on a GDB.

>Added new HUD to the mod designed by zkarz

>New physics for Production cars implemented, Thanks to PugSport Racing for information.


WHAT'S NEW / CHANGES (2.0)
>Removal of CHAMPIONSHIP GDB’s. Old ones may not work correctly with the mod – these are being released with WIP trackpacks.

>Some car sounds improved with tweaks to sample bass and pitch levels.

>New talent files for every driver for the mod – 860 of them! “Seasons” were abandoned as firstly physics changes meant car performances over seasons were sufficiently different (you won’t find David Leslie fighting for wins in a Mazda but he will be in a Nissan Primera), and also in single race mode GTR2 only detects the first alphabetical (by folder) talent file – for instance Rickard Rydell was in BTCC 1994 and BTCC 1998 folders – however as “BTCC 1994” directory comes first alphabetically GTR2 would only detect that and use that file for Single Race. If any talent files are missing, please let us know to add them in future updates!

>All in all, approximately 2000 different entries with some bonus skins and alternates coming soon.

>Tweaks to showroom to show a “manufacturer” board and showroom pictures. Not all of these are complete and will continue to be added and updated in future updates.

>Tweaked tyre texture making them seem less “shiny” on certain cars such as the Renault Laguna.

>Completely overhauled physics and HDC files on every single car, to go with new talent files. Data sourced from across the internet. Some cars are intentionally heavier than others to reflect “Independent” entries or to slow them up, this is due to limitations of the GTR2 physics engine. This includes engine power, specific RPM, re-done gearing, aero, spring rates, dampers, anti-roll, roe, camber, weight distribution, brake power, brake bias, weight, fuel consumption, tank capacity, tyre grip, aerodynamic spoiler effects.

>Physics designs are designed to be a cross. With driving aids on they’re more arcade-like, with driving aids off much tougher. The new handling model is aimed at giving a much more realistic FWD experience, with lift off oversteer on FWD’s and the need to warm tyres much more important, whilst also being able to drive smoothly and push the car at times without it suddenly snapping or crashing on a wheel or a controller. From a personal level, I feel these physics are much more accurate to the feeling of driving a <1000kg race car with weight transfer and behaviour.

>Partially Overhauled Production Class Physics – not 100% finished yet.
>Overhauled physical damage system aimed at making cars sensitive to accidents whilst still being able to beat and bang and show damage, whilst not suffering from the dreaded “GTR2 slowdown” aero damage bug.

>May 3D models overhauled to include new and overhauled visual damage such as calipers visible when a wheel is sheared off, front bumpers disintegrate partially, with splitters loose instead of entire front sections. On some cars bumpers split into two at the rear. Originally was planned for a more detailed system including specific damage to front bumper parts, three part rear bumpers etc. However  GTR2 limitations and having to theoretically do a new Damage file for every single car put pay to this idea. Regardless – if you make contact with a Audi A4 it will show damage differently to a Honda Accord or a Renault Laguna.

>Many car have in-car bonnets visible from cockpit view. Some cars missing this still, will be added in future updates.

>Fix of a bug where cars with the “Audi_97” CAS file would CTD on low detail settings.

>Peter Still, Nigel Clark and all members of the SUPERTOURING WORLD & SUPERTOURING CAR RACING 1990-2002 group for their invaluable patience putting up with my constant questions, and as well as supplying very helpful pictures and resources. Also of course the bible of Super Touring – the SUPER TOURING REGISTER – without which 95% of this mod’s content would never ever exist.

>GTR233 for giving permissions to use his HQ DRIVER SUITS.

>BenMk1 and the PM3DM ASSETTO CORSA MODDING GROUP for providing period set up sheets and information.

>Happy Snapper for giving permission for audio from his trackside recordings from Oulton Park to be used as menu soundtrack.

>Some cars such as the Primera Camino with misaligned cockpit arms.


DISCLAIMER:
>This mod is free. Any method of financially gaining profit by “selling” the mod is prohibited by FRM.

>Mod is only to be distributed by myself “Furinkazen” on selected sites. Distribution on other sites without permission is forbidden.


FUTURE UPDATES:
>Mod will be updated on a hopefully monthly basis. This includes updated showroom boards, skins, as well as addition of future packs. The following packs were cut from release as they were not 100% complete (but are being worked on)

>A Website is in process of being set up for the mod.

>Also in production is a PDF history and mod handbook including technical information on all cars featured in the mod.

>Track packs are coming! Majority are downloaded and will be included so not to clash with each other and other tracks you may have installed! These will include full championship GDBs.

>And last of all… ENJOY!

Downloading now and stopped work on my Toca Shootout skinpack

Currently live streaming with MushyGaming HD who is playtesting.

Thank to you guys, this is tremendous work!
Now I know what I will do on holidays!

Thank you very much for this mod, but I have a problem.
The windscreen is black. I can see through the side windows and the mirror.
What I must do to fix this 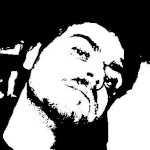 Illy26 wrote:Thank you very much for this mod, but I have a problem.
The windscreen is black. I can see through the side windows and the mirror.
What I must do to fix this

Wow many thanks to people who took part of making this, this is exactly the only thing I need. I cant wait to race online with you guys!

Thank you GTP_furinkazen for a quick answer and again thank for your great work.

Initial feedback is that FWD physics are a little too floaty.

Also anyone got missing pictures on their main menus for series selection?

intelpower wrote:to be honest I think a bit more grippy physics would be needed

There are S2000 cars in the mod v2.0, I don't think these were needed yet. Especially the Astra and Toledo.

Crimson764 wrote:There are S2000 cars in the mod v2.0, I don't think these were needed yet. Especially the Astra and Toledo.

The Astra is part of HSTCC

Some files are "shared". When we announce the next project officially may also be of some use

EDIT: Do see what you mean though

Crimson764 wrote:Just had a quick run in Plato’s ‘97 Laguna around Donington GP. Like people have mentioned car is globally lacking grip in the corners, and has a very “floaty” feel. In real life, the car is capable of times in the 1:37’s. In it’s current state I’m about 5 seconds slower. I think that’s due to the mid-corner grip just not feeling quite right. Also the HUD, looks quite nice but is missing the rev lines on the Full and Simple (only Gear + Revs shown) versions. This makes it hard to shift gears, as you don’t know when to shift up without the visual cues, sure there are sounds but it’s still easy to mis-shift on just sound alone. And TOCA 2 sfx was mentioned to be in the mod. However, I can’t hear anything in the sounds resembling TOCA 2.

pimmy wrote:I've got a sound issue. There are no tyre sounds in onboard views and no collision sounds at all. Good work otherwise.

It seems to be every car. I've tried the A4, Accord, Primera, Starion & 320i. I checked a default GT car to make sure it wasn't my install and it was fine.

pimmy wrote:It seems to be every car. I've tried the A4, Accord, Primera, Starion & 320i. I checked a default GT car to make sure it wasn't my install and it was fine.

Interesting, zero issues on test installs here. Thanks. Many﻿ apologies but community feedback is what makes these things better. Thank you.