Super Touring Mod for GTR2 Version 6
Introduction
Introducing the 6th version of the Super Touring Mod: This version features new SSTR shaders - thanks to haruo for providing  the tutorial for these. There are also many new models from dbstreet a.k.a Satori plus some new cars from AndreasFSC and Nebehr - see readme for specifics.

Track Pack for BTCC Seasons
A major addition from version 4.0 onwards  is a track pack and championship files for BTCC 1994-2000 with full AI filter so drivers come and go as they did in real life*   To run the championships provided this pack is required!
There are multiple version of each track - those that appear twice on calendar have an early and late version plus there is a feature race version for 1998-2000 seasons.
It is not possible to simulate a mandatory 2 tyre stop in GTR2 however you can schedule all AI to make a single stop during the race. In the feature races all drivers will start with enough fuel to get to their pit stop where they change 4 tyres and fuel to the end (if fuel simulation is off they start with 1litre but still refuel) so if you want to play fair with the AI do this also.
I have used the same track .GDB file for all feature races 1998-2000. You can change the laps in which drivers pit around but bear in mind they have been arranged so no team mates clash across all 3 seasons.  Each 2 car team has its own pit group with 2 independent drivers sharing one pit group.  Exception is 2000 where 3 car teams a split using spare pit groups.

*Some exceptions - 1994 grid size sometimes exceeds track limits, a driver usually from secondary class will be missing.  Drivers who switched cars or teams can't be simulated David Leslie in 2000 for example only appears in a Nissan.

Important Info about Talent Files (.RCD) Located ...GTR2/Gamedata/Talent
There are talent files for all drivers across the BTCC seasons 1994 each in their own folder. Many drivers are duplicated and will clash with each other.  Rickard Rydell, for example, is slower in 1994 than future seasons. For most accurate results remove any talent files you are not using to a separate folder outside of the GTR2 root folder - including default talent files.
I understand this is a bit annoying if you are just doing quick races but makes a real difference when running championships if you want AI relative performance closer to real life.

New 3d cockpits created by qwerty24 for most models.
New cockpit for Honda Accord mk6 created using qwerty24's model and parts from the GRID Integra.
Minor graphical updates to all cars and showroom models.
Adjustment to most sounds including AI using BMW M3GTR sounds now quieter to match other cars.
Minor adjustment to talent files
All templates included with some updates.
Maximum possible steering lock increased slightly for all cars
4wd physics included for STCC Audi - these are not very good, any help here appreciated.
New physics for BMW

All credits to the track creators/converters.

Installation Instructions:
For version 5 and onwards there is a new format where there is now a base mod separated from the skins.  The Super Touring Mod shares sounds and tracks with the BTCC 2001 (and onwards) mod and all files for both mods will be in the download folder. You will find add-on skin packs in sub folders within the main folder.

To run the Super Touring Mod you need these files first:


Then from the folder 'Add-on Skin Packs - Super Touring' at least one of the files depending on which packs you want.
Note: All Packs updated for Version 6.0.
With the makers permission I hope to add all packs to this folder so they are easy to find now that the thread has so many pages.

Hot fixes
Minor updates may be released from time to time, check out the hot fix folder for these. Any fixes will have a version number. I will post in the thread when these are uploaded too.
Update  to 6.4 is the latest. Updated 6th April 2016

To install extract all files to your GTR2 root folder  -  C:\GTR2  for example


If you had a previous version please delete the Teams folder  'Super Touring' and the 2000 Production class teams - do not overwrite!

If you have any CTD problems please post a Trace file. Instructions on how to do this are available on this site - search Trace.

Thanks so much Simon!

EDIT: Just tried this out - probably the best mod I have on GTR2! Amazing fun to drive!

if you don't mind 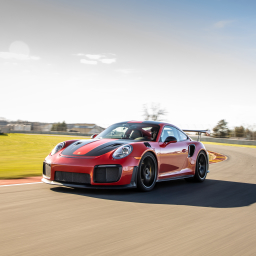 This could be a nice events

Thanks, looked forward to this mod. Toca2 childhood memories

Sorry to be a pain again mate... Love the mod, great fun!

Would it be possible to have the same ingame reflectivity/emap settings for all cars so they are the same as the Honda? The Honda is much less shiny than the other cars and, in my view, looks better like that than, say, the Mondeo or Primera?

They look fine in game to me, if anything I see it the other way around with the Honda being too shiny.

I'm using the emaps released by Nascarfreak and the reworked STEX.GTR by aleksss [You must be registered and logged in to see this link.]

Hmm... I have the same STEX file. This is how the Honda shows up ingame. All the other cars are shinier. I tried a screenshot but that seemed to correct the problem with the Nissan at least... Maybe it's my graphics?

It could be you have a loose emap_paint that's darker and/or an emap_tyre that's lighter within GTR2/Teams that conflicts with the the emaps included with the mod.

NICE! I was actually going to look at converting this mod myself, it's about time there were some Supertourers in GTR2!! My all time favourite motorsports era is 90's BTCC.

My dream - a comprehensive 1994-2000 Supertourers mod. Maybe one day we'll get there in the GTR2 community... think i might start with the earlier Renault liveries

Very good conversion and so much fun!

SearleD wrote:Them were the days, reminds me of Nigel Mansell stuffing a mondeo into the the old bridge at Donnington.

I remember it too. The Toca Race Game was the sim to play that days.

excuse me for asking.
If im not mistaken there was a mod for gtrevo featirung not only the 1998 season but several supert touring championshi seasons of the 90's.
This mod on this thread is it only about 1998?