Is it possible to have an alternative link for v1.03 (mediafire for eg.) coz the mega link doesn't work , at least for me : error message about decryption key...

[You must be registered and logged in to see this link.] wrote:You can find them over at trackaholics

THANK YOU! I have both tracks now.

[You must be registered and logged in to see this link.] wrote:Hi guys,

Is it possible to have an alternative link for v1.03 (mediafire for eg.) coz the mega link doesn't work , at least for me : error message about decryption key...

Thanks in advance for your help !!!

Just erase the " [ " at the end of the link and the link will work fine.

I'm running a fictional 1995/96 Japanese GT1 style series at the moment. So I was pretty interested when I saw the Sendai/Tokachi tracks mentioned above.

I did a 2 hour race at Sendai this afternoon and have this to report.

It's a little short and technical for 600 bhp GT1s, but actually nowhere near as bad as I thought it would be. I think you Touring Car guys will have a lot of fun there. Throwing the car into that second chicane is a lot of fun.

Attrition is set at 30, which is much higher than I like, so you may want to bring the number down.

The framerate is really bad. My gaming laptop was running very slow..........slower than it has ever before with GTR2. I had to play in turbo mode, which I usually don't have to do. So be aware that it's super resource heavy.

The AI doesn't do anything stupid at all and is pretty sound. However it is a little on the slow side (once you get used to the track). Also it brakes a little excessively for the tight corners. The tight left before the pits and the second part of a double right hander are noticeable.

Max field is set at 30. However I upped it to 42 and with a rolling start (not skipping the rolling lap) it worked out fine. With the only exceptions being the framerate and I had 2 cars retire and stayed just by the circuit/slightly on the circuit. Thankfully the field didn't need to slow down for them though.

There are a few weird shadows, especially on pit entry.

There is an issue with the 'timer' I believe. You may want to swap the figures with a track you trust. My max slider was only 1 hour, but actually was a 2 hour race.

[You must be registered and logged in to see this link.] wrote:Just erase the " [  " at the end of the link and the link will work fine. 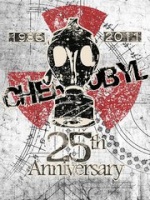 Page 6 of 6
Permissions in this forum:
You cannot reply to topics in this forum
Thank Daniel for the Mods
EEC Server
EEC Teamspeak
August 2020