Hi all, I'm Kris Simton, known on here and many other sites as Crimson764. I live in not so sunny England. I'm 17 years old, which makes me one of the youngest on the forum. The annoying thing at the moment is I've just finished Part 1 of my A-Levels (AS) so I'm trying to juggle my sim racing and my schoolwork at the same time. On June 11th I start A2 (Part 2), so I may not be on most of the time. I'm a passionate F1 fan, been that way since 2000. At the time my favorite driver was Micheal Schumacher (MSC), well he is the most successful driver of all time with 7 titles to his name. Nowadays, I back Lewis Hamilton (HAM), because he manages his maturity and his aggression rather well this year. I have a feeling, that if his MP4-27 is up to it, he will win the 2012 World Drivers Championship (WDC).

Back in 2002, I started Sim racing with EA Sport's F1 2002. I loved that game a lot, my favorite track was Spa and I always drove Takuma Sato's yellow Jordan EJ12 , so it was only natural that in 2003 I got F1 Challenge 99-02, which when I found the mods turned the game on it's head. In 2010 I heard about rFactor 1 and already saw the vast mods for it so I had to get it. I bought GTR2 way back in 2007 after liking the original GTR in 2006. At the start of this year (2012) I started driving in league races with GT-IMT, originally in the #90 CRS Scuderia Ferrari F430 GT2, which was a handful in more ways than one. During this time my internet connection was very laggy as it was wireless. It still is wireless but I have sorted out the lag now. I'm regarded as the 'gentlemen driver' because I lack the experience of other drivers and well I'm about 10 seconds off the pace most of the time.

That's my story so far and hopefully great successes lie ahead for me soon.

Good to see your here, our true gentlemen driver

oh man ur text is so long, sry but i dont have the time to read this all

Thanks for the welcome guys! 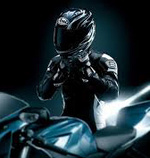 heyas, don't worry I won't bump into you 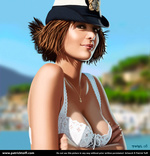 There my biography is updated to comply with the new rules.