I'm Charles Sami Razon Amyouni from Chivas Autoart and I'm currently looking for talented volunteers who can create the engine sounds for Super GT GT500 2013 Season who has the spare time in order to do so.

We release our mods for free, so we don't have any financial ways to pay service rendered work and so to this day we still don't have someone who can. But I'm trying it again since the 2013 GT500 mod is almost complete before we move onto the 2005-2006 GT500 mod project completely which also an on-going project with me, Arnold Carter Wong and Shadow Explorer as a collaboration.

There any chances we can also request from them to work on the engine sounds of the 2013 GT500 Car mods, but there are also chances they can't due to their current plans, and so in order for us to release the 2013 GT500 mod in a better state of quality, I am imploring someone to help us.

Right now its only the Lexus SC430 as well as the Honda HSV-010GT GT500 cars that needs work on the engine sounds, and apparently - Team BB (a Japanese modding team active on GTR2) gave us permission to use the engine sounds for the said cars, we believe that the engine sounds is part of the identity of a car and so missing in that point will be a disappointing matter.

If you have an experience in making FMOD Engine Sound Banks for Assetto Corsa, please DM me with your contact details such as your e-mail address or Discord so we can further discuss things.

On behalf of the modding team - thank you very much for reading this and Godspeed!
ChivasAutoart. 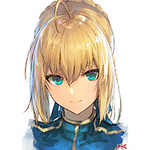