Hello everyone, my name is Joddy Pranata (18 y/o) from palembang and I'm just the fellow Indonesian racing gamer, not a modder though, but maybe at the time i'll do as a skinner if i got time, but I'll do always as racer. I followed this forum in the last 5 or 6 days from searching good GTR2 mods at Google and I think this place is great for add-ons i love in GTR2. I played GTR2 and downloaded the entire EEC GT3 and it's a real fun but... I'm still waiting for many cars in the EEC GT3, including Mercedes' AMG GT3, Lamborghini Huracan GT3 from first to Super Trofeo EVO (Although available at GRID series), Bentley Continental GT3, etc. But for now, let's save it at the next time. Once again, pleasure to be here!

My aim here is to be a part of this amazing group and being active for GTR2 acts or even more about simulation racing games.
And to this part, I also will talk about racing cars and interested to see most of racing and cars' infos aside from my primary hobby and dream of being as aeroplane designer. The car i mostly love is Nissan GT-R GT3 for GT3 class, Audi R18 E-Tron with Toyota TS050 for LMP1 class, Koenigsegg One:1 for hypercars, and so on. But mostly i followed most types of cars except monster trucks or some rarely known cars. And my friend recommend me to play GTR2 in laptop and it really is fun even with mods, too 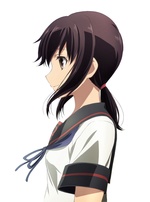 Hello: Please follow the rules listed here and redo your presentation. Thank you.

Joddy,
Why have you not corrected your signature line and your Presentation topic title color?

decpau wrote:Joddy,
Why have you not corrected your signature line and your Presentation topic title color?

Thanks buddy.
Welcome. Though we don't run GTR2 anymore in our online Leagues there is a ton of great GTR2 stuff here that will make you really happy.
Enjoy!

decpau wrote:Thanks buddy.
Welcome.  Though we don't run GTR2 anymore in our online Leagues there is a ton of great GTR2 stuff here that will make you really happy.
Enjoy!