PATR10T's great Mod ran into problems with a Reiza update in May 2017 where the superv8update.mas file was updated.  After that Reiza update PATR10T's Mod would crash.  There's a lot of advice in the community on how to correct the problems.  This update seeks to collect all of that and provide a working mod with Reiza AMS through update 1.4.81r.

-Update "1.3" chosen to eliminate confusion on the EEC V8SC Mods available.  The last AMS Mod version was 1.0.  However a Ford Falcon V8SC Mod was released for Game Stock Car Extreme that was updated through version 1.2.
-The superv8update.mas file in V1.0 release is NOT included in this update.  This was causing the game crash problems with newer Rieza updates of AMS.
-A seperate srs and tga file are provided to group all three makes in one series seperate from the Reiza V8SC series.  It should appear on the second page of your car menu and depict all three makes of the V8 Supercars.
-File structure updated to include 6 test cars (2 from each manufacturer) in "EEC..." vehicle file folders with the skins provided in V1.0 and using a copy of the Holden "Reiza V8" team (which is depicted in the .tga menu file for this series)
-Ford and Nissan .veh files updated to eliminate the option for Blue or Green rims.

The cars still use Reiza physics and sounds from the Super v8 series.

I hope this solves the problems in using PATR10T's great Mod for new people coming to the AMS Sim or EEC Community.

All credits remain to PATR10T and his acknowledged team mates in bringing the Mod to AMS.
Original Readme included in the update readme file.

it will add the ford falcon fg x and the nissan altima l33...
i hope i got everything on reiza specs using the same shaders for all parts like they are on the ams super v8... also using the tires, rims, backfires and motec and from reiza to come close as possible...
also i added more rim styles with blue and green rims and this not just to the addon cars, also i added those to the reiza car... thats why it comes with a changed original file (superv8update.mas) and you have to overwrite the original one when adding the content to your game! there wont be online mismatches! as it is no physic related file Wink
added dunlop tire textures from rob fitness i hope thats ok?
the original series icon will be overwritten too to show all 3 cars there... you can find some addon cars with example liveries beside the reiza super v8 cars...

unpack and drop into your ams install, if a message appears to overwrite files click on yes all!

the cars are using reiza physic and sound from the original super v8! 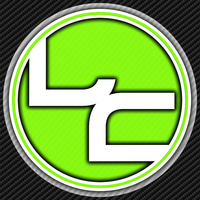 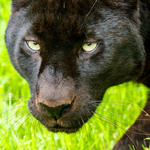 Chris,
That is indeed a screw-up. Folder structure should be Gamedata\Vehicles\SuperV8\ then Ford-or-Nissan-or-SuperV8Teams\Car Team folders (included team folders all start with "EEC").
Correction is now uploaded and at the first post download link. Easy enough to fix if you've installed it already, or just download and reinstall.

Thanks for the catch! 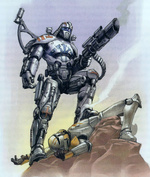 It is a very great mod. I hope we get the chance to fit them into a series this 2018 season.

Are there templates available for the Ford Falcon and Nissan Altima?

Thanks for the updates

i have made an fixed package with the V8SC 2016, VASC 2016/2017 including the nissan and the two versions of the ford that is working all together with ams 1.5.11. All credits to the original creators, if there is any interest and ok i could share it.

@wergilius wrote:i have made an fixed package with the V8SC 2016, VASC 2016/2017 including the nissan and the two versions of the ford that is working all together with ams 1.5.11. All credits to the original creators, if there is any interest and ok i could share it.

Complete package with liveries (high-resolution) from V8 Supercars 2016/2017 including the Nissan L33, Ford FG and Ford FGX, fixed to work all together with AMS 1.5.11.

Please see read_me for credits to the original creators and installation instructions!
I have only re-package everything to work all together with latest version of AMS, details in read_me.

Can you please re-upload?

Love the mod absolutely fantastic work
Wondering if there’s any work going into the new Holden?

Page 1 of 3
Permissions in this forum:
You cannot reply to topics in this forum
Thank Daniel for the Mods
EEC Server
EEC Teamspeak
April 2021