same happend to the gt3 for gtr2 o posted on rd... month later it got deleted...

next time i will credit others and not the original creators... like patrick is doing it with crediting wcp for their rfactor tracks instead of codemasters as creator of it

if i will release the gt3 for public i will credit my self, thx to me for permission to convert the gt3 from gtr2 to sce

anyway, the links are replaced and everyone still can download the ford

We will see how long my skins last on RD then

Apparently, some people think it's their duty to look out for the interests of corporate lawyers. Codemaster games are garbage, people should be thankful that model got used in a proper game.

i dont care about such idiots

After a long time of inactivity from my side, due to a too busy working schedule, I have gotten back to the forum and also back to GSC. The screaming sound of the V8 Supercars was too hard to resist

I worked my way through syncing the game (which went very smooth), but now I'm confronted with some strange issues. And as a newby to GSC I'm a bit confused of what could be wrong.

Firstly, I have downloaded and installed the real Ford and Holden liveries and made a set of 21 cars. Only problem is that I can't get the number of opponents above 18. Any idea why is that and what I can do to resolve this...


And secondly on a more general note I seem to have lost some mods I had installed earlier after the update to 1.38. The trucks for instance have gone, althought they are still in my folders, but not in the game anymore. Is this something that has to do with mods going corrupt after the update, or should I still be able to race these trucks?

Ths V8s are limited by Reiza, they will remove this in next update if I'm not mistaken. Many people complained about it in RD

Idk why mods are gone, maybe they are using some Reiza rfm that was overwriten in the update? Because EEC mods never break after SCE updates

Will be great to have you back man

update to fit the sce game update v1.50 (updated the classes filter and new backfire material)
added the hood back to cockpit view 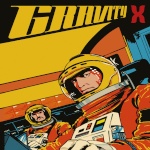 errors with the ford falcon

heres what I get when I select the car ingame. errors and screenshot

Page 2 of 2
Permissions in this forum:
You cannot reply to topics in this forum
Thank Daniel for the Mods
EEC Server
EEC Teamspeak
July 2020