My name is Alexander. I am 16 y.o. I live in small russian town about a 100 kilometers away from Yekaterinburg.

I am playing GTR2 since late 2019. I was watching videos about BMW M3 GTR on YouTube and came across a video with GTR2 gameplay. I liked it and decided to try it. This was the first sim I played. Before that I played NFS ProStreet and it was my most realistic racing experience before I started playing GTR2.

I like to change the game, but out of the released modifications I have only one sound mod. So i can't say that i am a modder or a skinner.

I found the EEC forum when I was looking for GTR2 mods. I've never been on forums before, but I liked this one and decided to stay here. I really hope that the people here are good. I would really like to become a part of the community.

I like motorsport of the early 2000s era. Quite an unpopular era compared to the 90s or 80s. I'm not interested in pilots, I'm more interested in cars.

The interest in motorsport appeared when I first played NFS ProStreet on PlayStation 2. Despite all the wretchedness of the game on the PS2 platform, I liked it. It was then that I realized that motorsport is very interesting. 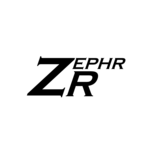 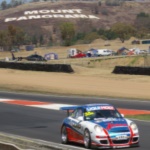 Page 1 of 1
Permissions in this forum:
You cannot reply to topics in this forum
Thank Daniel for the Mods
EEC Server
EEC Teamspeak
October 2021