HISTORY:
Back in early 2012 this project got started on the initiative of haunetal1990, who wanted to release his Dallara GP3/10
model for F1 Challenge 99-02. Back then, the team was called 'haunetal1990 & friends' (which you can still see in the
livery files).
Of course, the expansion onto rF wasn't delayed for long and even before the F1C release, a whole team of international
modders was recruited (with the help of lotusmania and fisicoF1), hence leading to the name of 'World Sim Team'. For WST
the 2013-15 GP3 mods followed, aswell as several Formula 3 mods, before eventually fading away in 2017.
With the return of several former group members in late 2020, the name of the group changed again to '.Race9 Modding'
and thus to the (re-)release of previous WST work under the new moniker.
So don't worry, we're not a group of scammers trying to profit from WSTs glorious work - just the same guys under a new name!

It does NOT include tracks, nor driver suits and pit crew liveries.

KNOWN PROBLEMS/ISSUES:
- The AI performances can vary from their real-life performances.
- Please note the mod was originally co-developed for rF1 and F1C, so some textures might not live up to the AMS
standards.

INSTALLATION:
Just extract the GameData folder into your Automobilista folder.

BE SURE YOU HAVE REIZAs AUTOMOBILISTA INSTALLED!

Please note that the 2010 Expansion Pack comes in slightly different versions for AMS and rF, so make sure to use the
correct one for your game!

PERMISSIONS:
You are not allowed to use any provided work without the official authorization from .Race9 Modding. 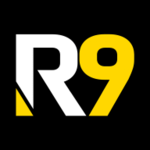 Edit: sorry for the double post!
Just to make clear, this is not the final version. There's still a lot to do for AMS, especially the grass & dirt pickup from the tyres and reworked shaders, for example.
Also, the AI behaves a bit odd on braking, which shall be solved in the future aswell (for both verions, AMS and rF1). However, focus is on adapting AMS standards for now. 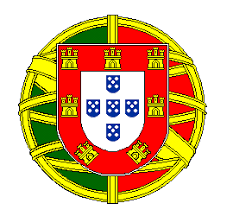 Page 1 of 1
Permissions in this forum:
You cannot reply to topics in this forum
Thank Daniel for the Mods
EEC Server
EEC Teamspeak
November 2020