Hello my name is seb diaz. I played gtr 2 when it came out. Now I've bought it on steam, but there's no workshop, annoying.

I'm searching through forums looking for a way to make locations i.e tracks, I can't remember what was used when the game came out and before rfactor became available (or when I found out about it after gtr2). Is there a tool that I can open the AIW files ? A tool that decrypts it ? I don't want to pay for a program.

I've done real world racing on gravel/dirt roads in the back country of canada. The fastest I've gone is 190 km/h on dirt. I prefer sedans because the center of gravity isn't too uhhh... I've driven by while watching convertible jeeps climbing steep grades and then roll back and flip, this happens a lot in the summer, and I've seen fatalities. You would think that the possibility of 4000 lbs landing on your head could be worrisome. I mean at least they could ride on the hood, but no, it's got to be in the back..

On steam it won't let me connect to the online servers, do users on this forum find other ways to race together? I have a wheel and pedals. I also have a xbox style controller. I split my time from playing gtr 2, to supreme commander faf, and x plane 11. 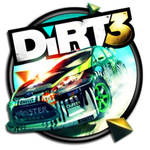