Hello everybody, my name is Anderson and I'm from São Sebastião, a city on the state of São Paulo. But in 2 months I will be moving to Croatia! (the moving is the reason I didn't buy yet a proper set of wheel/pedals/gear, I'm having fun with my old 360 controller for now).

I'm 30 years old, I'm a software developer and I always liked racing games, since I'm a kid. I started racing sims when I was a teenager, playing Richard Burns Rally (I always loved rally), later I played some rFactor and Race 07. After some time, when I was in university already, I stopped completely with PC racing sims and for years I played only console video games (Gran Turismo mostly).

Very recently Assetto Corsa was on sale on Steam and since I was trying to get back to this sim racing world for some time, I bought it and it was love at first sight, and it is the title I'm racing recently. And that's the reason I came to this community, I found it somewhere(I think it was on another community, RaceDepartment maybe) that this community has nice mods for Assetto Corsa and I want to give it a try! 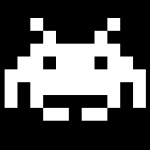 [You must be registered and logged in to see this link.] wrote:Hello fellow Brazilian!!