Hello to all, I'm Gian Enriquez, a 16 year old boi (at the time of posting, atleast.) I currently reside in Dubai. I play Automobilista, waiting until i get an upgrade and enough funds to play other sims.
I'm just starting as a skinner too. I heard about this forum while trying to look for GT3 content for AMS. I wanted to be a member so I could hopefully interact with people who share the same interests in skinning.
I am currently new to the skinning world, and i figured that joining this forums and being able to interact with people who are way more talented than I am at making skins as well as in racing would help.

So about me: I started playing racing games when I was about 7. Arcade racers such as Burnout and the NFS games initiated my interests in cars and racing. After watching some F1 around 2011, I thought I'd like to try "simulation" kind of games. I got into playing a Granturismo game on PSP which would eventually grow to what it is now. I started making some -albeit- low quality skins to start with after just messing around with gimp. It then turned into something i quite enjoy, though I am absolutely bad at it. 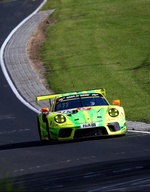