Hi, I'm from Austria and I'm 62 years old. I'm now retired and have now much time for my GTR2

Made my first races in Indycar Racing one, some days ago...

I like to mod  my games and have much fun to drive those ones. In the last three years I have reworked 67 tracks to push GTR2 to its limits. I made this because as I build my new system I saw that my Cpu runs around 1600mhz and the Gpu's idels at 23% (vsync at 60hz). Now that I'm retired I began to converting cars. This is new to me and is a much more heavy task as tracks. The Acura and Honda NSX was my first cars. I will bring more cars and tracks to EEC. 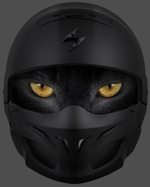 Pls Add your real name on your signature like the other members..