Hello from the NW USA!

Hello from the NW USA!

Hey guys! I just wanted to say hello and introduce myself here. I just found this site a couple weeks ago , as I don't do the facebook thing and so forth and really had no idea this place existed. With that being said , I'm glad I found it!

A little back ground on myself : I have been a 2 wheel nut my entire life. I've raced and ridden motocross since I was real young. I ran a huge indoor track for around 4 years and trained kids and adults in the sport. I still to this day am pretty hard core with my riding and training , and still think I have a few more good years left in me.

I never really was interested in the Nascar stuff here in the states , and usually any other 4 wheel motosport I watched was formula 1. Until about 5 years ago....I saw my first ever V8 Supercars race on TV...and I LOVED IT! Wanted to know more about it , did some research , then I found GT3 cars and so many other types of onroad cars.....I really wanted to try the sim racing stuff.

I bought a used $40.00 Logitech DFGT wheel which I used the first 3 years. I tried to do a bunch of research on what I thought might be the best sim to get my feet wet in. I found iracing , went overboard and bought every damn road course and car I could. Honestly.....I never cared for it much , but I kept trying. Then I tried this new sim called " Game Stockcar 2012 ".......was instantly hooked! I still am!

I love most all my driving sims ( even though a few may not be considered a full 100% sim ) but I have stuck with GSC , GSCx and now AMS , along with RF2 , AC , RRE , iracing and every now and then Pcars.

AMS is my " Go to sim "......and I dig almost all the mods , tracks , skins , ect that certain people have made for AMS / GSCx over the years. There are a lot of fantastic mods out there. The EEC mod was something I found just a couple months ago.....and man , I simply LOVE this mod! It's incredible , and I've had some of the best offline races ever with these cars!

Being a broken down old motocross racer , I have really fell in love with this sim racing thing , even more then I expected. Living here in the NW USA...we get a lot of bad weather and I can't ride my bikes. These sims give me a way to release some of that pent up energy. The EEC mod has made my most favorite sim.....even better , and I can't thank you guys enough. Patriot....I know you're the man behind the big curtain on this project , so I just wanted to say thank to you personally and all you other guys who were involved in creating it1 Thanks again , and I hope I'll sooner or later become a valuable member here. 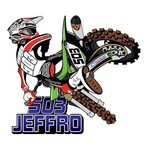 OH....I forgot to mention , I have found in the past 1.5 years or so , all the old Simbin sims as well. I bought the huge package off steam and simply love Race 07 and all the other titles wrapped up into it. GTR2 and GT planet are still sims I'm experimenting with.....but I'll tell you what , even though they don't look as pretty as something like AC....I'd rather drive / race in one of those older sims. They just feel right. 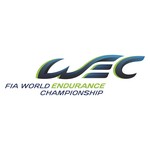 Thanks guys! Glad to be on board. I recognize a few guys from some other forums , which is cool to see. I'm really digging it , by reading through some of the threads and all the mod creations and so forth.