Hi everyone, Hanson here (don't ask me to explain my name, my mother has a unique sense of humor).

I hail from... somewhere vaguely in the northeastern part of the United States. Even after all these years, GTR2 is basically the only thing I play with any regularity; since many other forums have grinded to basically a halt with activity, I heard sites like EEC were the best place to talk about GTR2 things.

I raced once with United Racers League, exactly one race, but my connection has always been a little iffy. As a result, even if I have enough time to run league events on the weekends, I never do

I dabble about with physics every now and again, but it's just casual quick and dirty balance of performance stuff so I can get more models racing against each other. I also make liveries, mainly just fictional stuff.

Mod access is no big deal to me, though. I mainly come here to share my own GTR2 projects, even if it is just fictional liveries and some bends in reality and BOP to make my "crack fanfiction" racing series work.

I'm kind of weird in that I don't play racing simulations for the realism, but for their mod-ability and because games like GTR2, rFactor, etc., provide a believable backdrop for where I can "simulate" my many fictional racing series. I also enjoy anime and Japanese video games, and will mercilessly run them into the ground. In my spare time outside of livery design, I run the Global Racing League forums (no relation to United Racers League), a "race team manager" roleplaying forum. 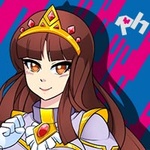 Please add your real name to your signature

Hi Hanson and welcome to EEC...

"I'm kind of weird in that I don't play racing simulations for the realism, but for their mod-ability"

Welcome Hanson, You'll enjoy the community here. Top people and tons of help and camaraderie.
Think about GSCE for the future. I'm a recent convert due to our online league change and am enjoying it a lot. Not the flexibility of GTR2, granted, but much more rewarding to drive and Mods are coming in quickly.