i start sim-racing with GTR1 in december 2004, GTL then GTR2 and rFactor1 & 2. i'm in my 10th year of sim
i waiting for Assetto Corsa and online mode.
i found the EEC team with the F1 Classic Forums
i did many many races online with GTR2 and rF1 mostly championships and some open endurances races both as a driver and as an admin in 2007-2008-2009 with the 24h of nordschleife and 24h of suzuka on GTR2 in the league called FFSCA.
i prefer racing in week nights but in past i drove on sunday nights.
during those years, we did some small modding for our mods GT1, GT2, GT3, and on my side on track editing mainly on files editing.
i like endurance ALMS/WEC cars and GT3 cars.
i love japan cars and i only did 1 championship with the super GT 5000 mod.
i don't know if it is the subject well followed here

Hey welcome here.
Pls add your real name to your signature too 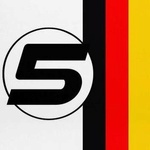 thanks for the welcome

[You must be registered and logged in to see this link.] wrote:Pls add your real name to your signature too

i did it but as my first post was written before, it doesn't work.

Welcome to the forum Matt

As you mentioned japanese cars, this weekend we will have an online race at Autopolis with touring cars, and there are some japo ones on the grid if you are interested in it: Honda Accord (Euro R+the newest gen.), Civic Typ-R EP3, FN2, and Integra Type-R DC5, Lexus IS200 and Toyota Corolla T-Sport