@ClimaxF1 wrote:It's just the way he went about and judging by the response on RD I'm not the only one who finds this strange.

Essentially riding on the back on other authors for the mod on RD with no credits and then still wanting to charge for skins doesn't go down well with many.

There are quite a few free skins available so don't really know if it will work, I certainly will not pay if they are offered for free already.

fine with me and i do understand your opinion on this. i dont know about the thread on RD but i can at least assure you that his content is independent from what wcp made. when wcp posted their first images onFB we had 90% of the skins for his version.

Not really talking about the skins, from what I hear and see he has taken a lot from WCP's paid mod and uploaded on RD with no mention or credits, unethical in my opinion.

Then still wanting to charge for skins is his call, but you also cannot sell you work on RD without any arrangements, I see that request has being removed from his page.

The skins are available from different sources for free already so doesn't really matter. 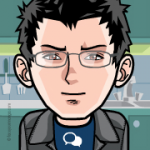 @rafaelcordeiro182 wrote:I never stoled anybody work, I received the physics and sounds from a friend, I never used wcp mods, even on rF. I painted almost all skins, as Mesmeryze said, he helped me with Mahindra skins, again, I never stole anybody work. I released the mod before WCP, so kind of impossible to use their skins in my mod, since they charge for the mod without any skins. I was trying to make some money with my work since I'm unemployed, but looks I was misunderstood. I'm sorry if anybody felt I was trying to cheat in any way.

A bit contradicting to what you said in the first post.

Doesn't really matter anymore, I see the mod was removed from RD but you should have at least given them credits for the material that you did use of theirs.

I understand that you were trying to make money to help your situation, maybe next time rather put a donation request instead of asking people for money upfront.

Wish you all the best and hope you find some work soon.

so the skins for his mod?

are they posted anywhere?

Can someone convert i into GTR2 ? Would be a nice addition mod

Page 2 of 2
Permissions in this forum:
You cannot reply to topics in this forum
Thank Daniel for the Mods
EEC Server
EEC Teamspeak
March 2020