Against my personal sense of justice, but ok -> Understood!

You pay him the money and you receive his skins AND the EEC Mod!

Well the mod has always been free and if it’s included it doesn’t really matter because you are paying for this skins not the mod.

I don't really get much of this tbh.

1 question though. Could he sell the skins and post a link to where to find the mod?..........A site which has free skins. My hunch says no. If that is the case, there's a point right? 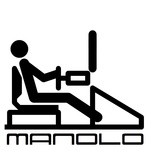 @Sylphide wrote:So people who skin cars for iRacing don’t have the right to either because they are profiting off of their content?

Could he sell skins for the official game (where skins already exist)?

Could he sell his skins for the EEC mod, without offering the mod too?

Could he sell his skins for the EEC mod, if the people buying knew the mod was available for free and if they signed up here they could find plenty of free skins?

With iracing the cars are available officially and to be different from everybody else you purchase skins.

about the installation of the mod.

Hello, my name is Gustavo, very good mod! congratulations, I tell you something, I have installed it and it went well until the forcefeedback stopped working. Could you do a tutorial for a correct installation without failures? I know it's a lot to ask, but the truth is that his work is excellent and worth it! thank you

Page 24 of 24
Permissions in this forum:
You cannot reply to topics in this forum
Thank Daniel for the Mods
EEC Server
EEC Teamspeak
January 2020