Presenting the BTCC 2001-2003 Mod:
Featuring all cars from 2001 -2003 (where models available) from BTC- Touring and BTC-Production classes.
Full championship with AI filter (2003 does not include mandatory stops instead 2 identical length races)
Future seasons to be added - see post below for releases.


If you have the super touring mod you will be familiar with this: The championship featured a mix of sprint races and feature races including a pit stop.  It is not possible to simulate a mandatory 2 tyre stop in GTR2 however you can schedule all AI to make a single stop during the race. In the feature races all drivers will start with enough fuel to get to their pit stop where they change 4 tyres and fuel to the end (if fuel simulation is off they start with 1litre but still refuel) so if you want to play fair with the AI do this also.
For 2001 the overall results do not score points but the classes do: Class structure - T= BTC Touring P = BTC Production G = Guest
The Guest class is for drivers who were ineligible to score points - Aaron Slight, both works MGs, Steve Sutcliffe and Tiff Needell qualify for this class. They will run with a 40KG weight penalty.
For 2002 onwards the independents cup returns and overall scoring is restored.

Car and AI performance and Talent (RCD) files:
As always only use the specific Talent files for the championship or car set you are running for most realistic results.
I worked throughout a test championship on these and mostly got results that were realistic however it wasn't always 100% perfect.
The relative BTC Spec car speeds are artificially controlled with weight - the dominant Vauxhalls being the lowest. Open the .HDC file and change the line Mass=XXXX  if you want to undo this.
The engine files have a lowered lifetime average and variance.  The Alfa Romeos have the highest chance of failure. (again increase the top line or lower the bottom for less frequent failures)
LifetimeAvg=XXXXX
LifetimeVar=XXXXX
The production class .HDC files are identical apart from some variance in Graphical Offset. They all share a common, suspension, engine, tyre and gearbox file.

Known Issues:
I have lowered the AI tyre wear several times however they still stop for a second time at the longest race (feature race at Donington GP)
The BTC spec cars can sometimes be hopeless at lapping the production cars
The pit stops are not perfect, some AI stops twice - a known GTR2 problem.
Updates Version 2
New handling for all FWD cars improving AI stability
Rain screen and dirt screen added to all BTC Spec cars
Discglow added

Thanks so much for all these awsome cars

Thank you for this great job...

Amazing, many thanks for sharing! 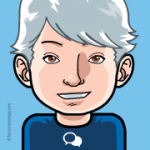 Thanks, Simon the Modder instead of Digger..

Nice work. Now to go and give Phil Bennett a bit of a shoving match.

[You must be registered and logged in to see this link.] wrote:Nice work. Now to go and give Phil Bennett a bit of a shoving match.

Touring car fanatic [You must be registered and logged in to see this image.]
My YT channel

there is already a great S2000 available at Trackaholics. Look for the STCC2 mod, it has all STCC cars from 2010 (+ the WTCC 2010), so pretty much all S2000 cars, only some of the older models like the Seat Toledo or Vauxhall Vectra  are missing.

Is there any chance we could get templates for the production class cars? I have an idea for a great mod (roughly 40 cars) but I need the templates to do it.

Templates will be coming soon, some of the production class cars are included with the super touring templates.

The STCC mod at Trackaholics isn't great, there are a lot of cars remade in the private section at this site plus the VTCC cars. I think if you do a presentation in the introduction thread you get access to it.

Or there is this at esport racing made for a league - it contains all the Simbin S2000 cars plus a few other (like the Lada Priora, Ford Focus - the full list is on the page) [You must be registered and logged in to see this link.]

[You must be registered and logged in to see this link.] wrote:As for future BTCC seasons they are planned, I'm currently working on an improved S2000 version of the Lexus for that.

Page 1 of 3
Permissions in this forum:
You cannot reply to topics in this forum
Thank Daniel for the Mods
EEC Server
EEC Teamspeak
April 2020